I have to say that I have never been to Walt Disney World Resort and seen so many cool cars in one location. We had just arrived from our Disney Cruise to start part two of our vacation, and what a way to start it!  We arrived at Downtown Disney and were greeted by the signs everywhere. Anthony (my husband) was in awe of everything that he was looking at as we surfed through the crowd of on lookers. The first thing we did was visit the Disney Planes booth, where we got to try out the new video game and played a carnival style games to win a wooden airplane. Way cool!  We then got in line to try the now infamous new Disney Infinity video game. Let me say that “trying out” this game has prompted me to Pre-purchase the game for my family. It was absolutely a fun experience and knowing the characters can literally “jump-into” the game, was awesome. As we exited the area, we were all gifted with Dash, so in addition to the starter kit and the characters included with the game, we are able to add Dash.

After taking some time to walk around and experience the day, we were able to take some pictures and leave knowing that we have just experienced something cool!
Car Masters Weekend at Downtown Disney has occurred the past two years and I hope that it continues. We will definitely be returning. For more information: https://disneyworld.disney.go.com/events-tours/downtown-disney/car-masters-weekend/ 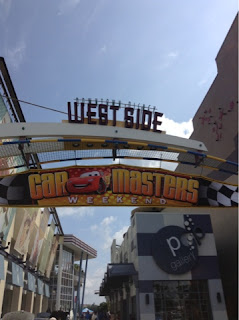 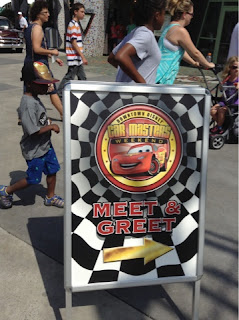 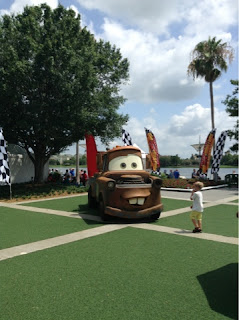 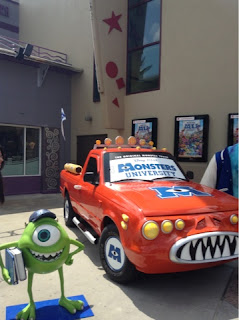 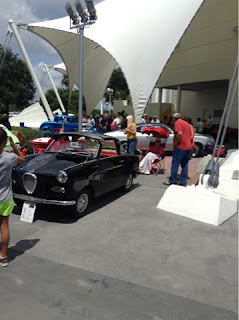 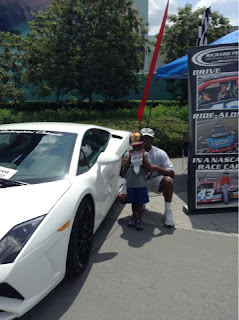 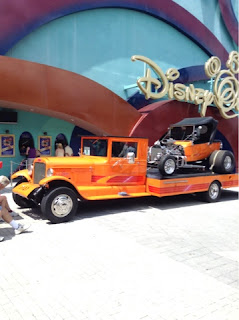