The title says
it all. I pondered and pondered for at least a year trying to find the
perfect location for our daughters 13th birthday party. As parents, I
am sure that we can all relate in some shape form or fashion as to what would
be best for our precious “teenagers” (still getting used to saying that).
My first
thought was to have the party at a local game event location, but I wanted her to have an experience that she has never experienced before without breaking the bank (because I am always on a budget). About 4
weeks before the planned date, I was online and was about to give up, but then
it came to me…. Reunion Tower in Dallas Texas. In all my years of living in
Dallas, Texas, I have never been up to the “Big Ball in the Dallas Skys”, and
thought how fun that would be. I immediately sent out a tweet and asked if the Reunion Tower
would be an appropriate spot to have a party for a 13 year old. Within minutes,
I got the response that would start the ball rolling. The tweet read “Umm, I
think that it’s the PERFECT place to have a birthday party for Miss Thing!
#SassyTower”. In case you are wondering, Miss Thing is the name that I use to refer
to my daughter. Anyway, I immediately called and was given the information that
I needed and our dates were available. YAY! 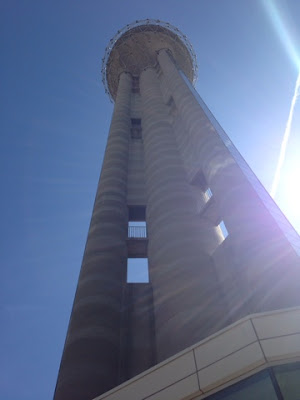 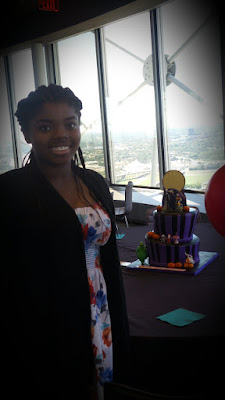 You are
probably thinking that it was overly expensive. Believe it or not, it was
rather reasonable and for the 15 girls that were invited and the cost was not much
more than my original plans. For the cost they had lunch (Pizza, Fries, potato
chips and drinks) at the Cloud Nine Café and after a quick activity and cake and gifts, we then visited the GeO-Deck. My daughter was also gifted with a frame, their group photo, a mug and balloons. In addition, each party guest went home with a copy of the group photo they had taken. Side note: The girls decided before the party that they would dress up for the
occasion and they all looked lovely.
Once the
children arrived, we were escorted to PIX to take the group photo and that was
really fun for them, because it allowed them to be silly which is what they
enjoyed. 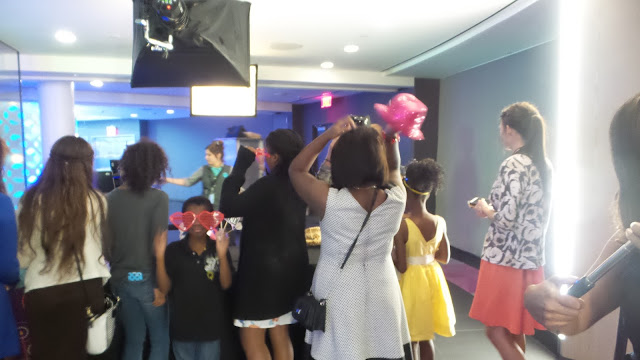 We then made our way to the elevator and were whisked away to the
GeO-Deck where we were greeted by a lovely table set up and the cake that we
ordered special for her (More on that in a minute). The kids were in awe of the
surroundings and the ambiance of it all. They could not believe that we were
rotating and getting a glimpse of the perfect views of Dallas as a whole.

They sat down
and we began the activity that I had planned for them. They created their own
Paracord Bracelets that they were able to take home (I discussed that in a
separate blog post here). 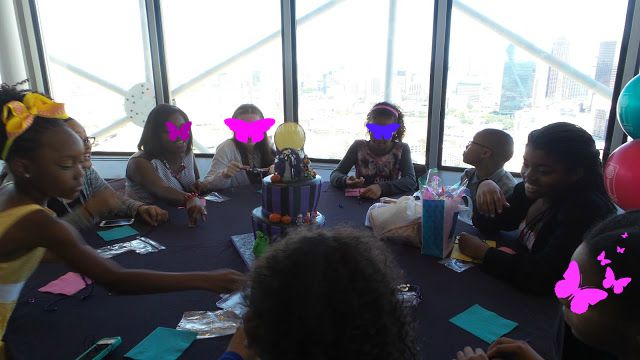 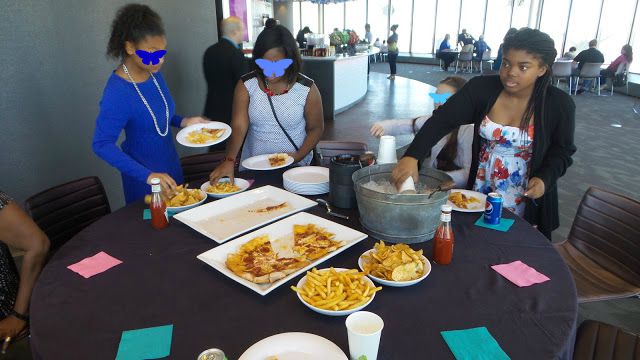 After all the eating and talking we made our way to
the GeO-Deck and truly took in the 360 degree spectacular view. What I truly
loved was the interactive screens that showed different city landmarks in
real-time. 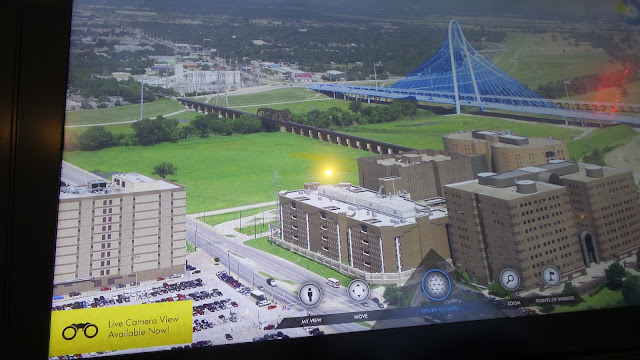 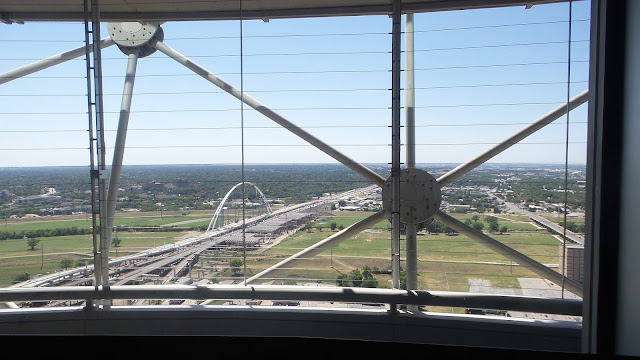 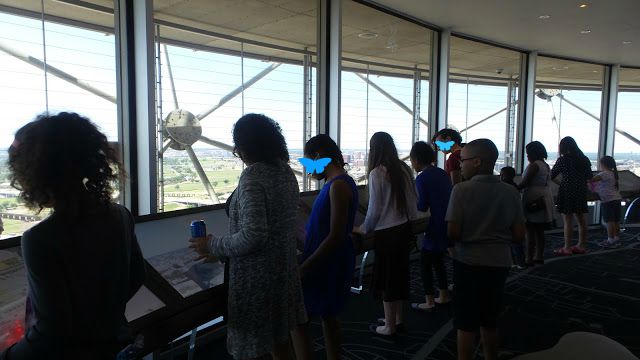 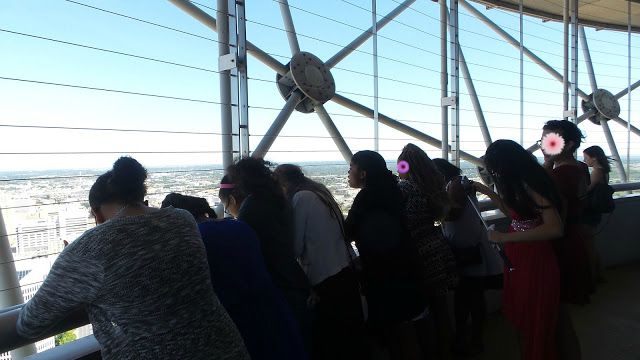 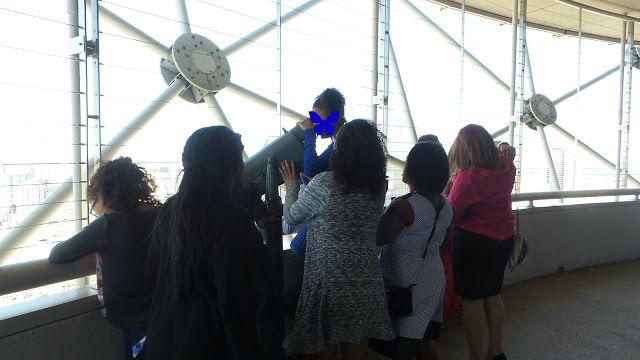 Wait, before I end this, I forgot to tell you about the cake. Let me say that the cake was not only yummy and perfectly flavorful, but it LOOKED spectacular. The baker that is responsible is the cake designer Manuell and his wife Kelle – the owners of Designs by Cake Daddy (snazzy name if you ask me). I contacted them with what I wanted and though my description was slightly vague they were able to give us just what we wanted and desired. Thank you to them for making my daughter’s face light up when she saw her cake. By the way, A Nightmare Before Christmas is one of my daughters favorite movies. If you are in the Dallas area, definitely look them up, you will not be disappointed! 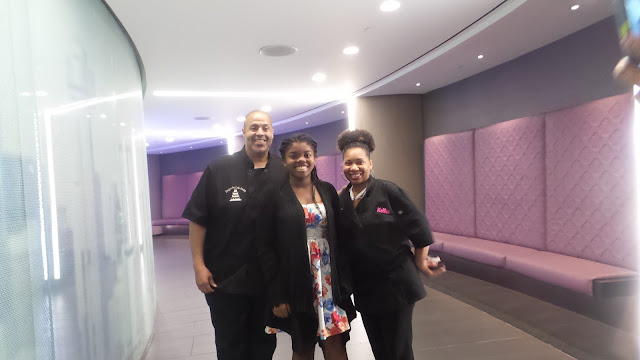 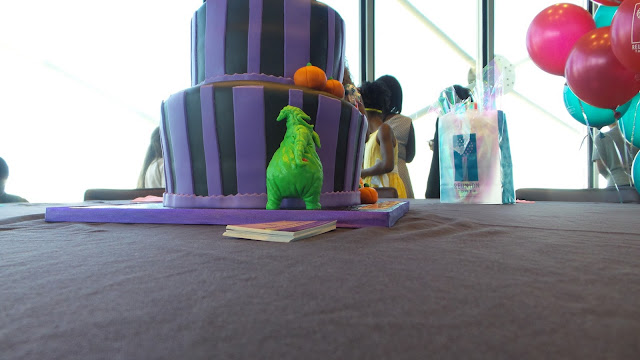 Well as you can see, the event was awesome and there is no price that I could have paid that would have brought that type of smile to my daughters face. A “Special Thank You” to Reunion Tower for not only allowing so many teenagers to invade their space (at one time), but for making my daughter and her friends feel special. We would do it again in a heartbeat!
I will leave you with more pictures of the view from the GeO-Deck and the Cloud 9 Cafe’. 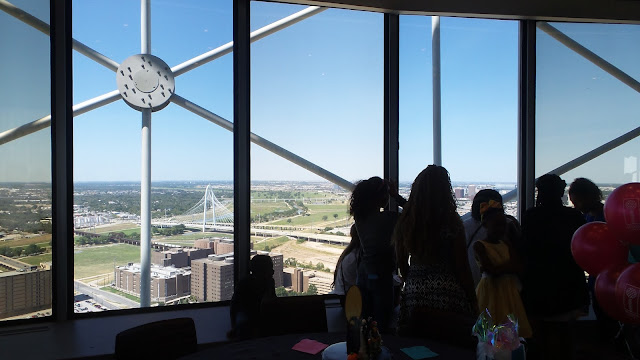 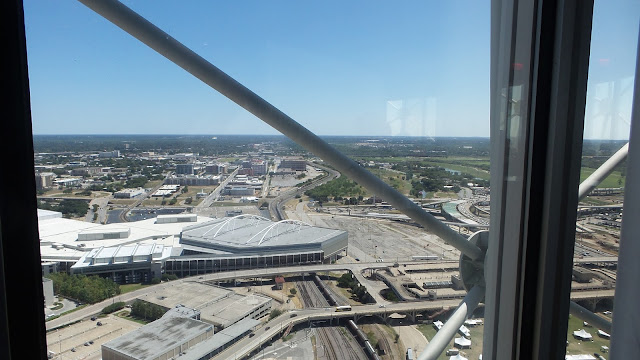 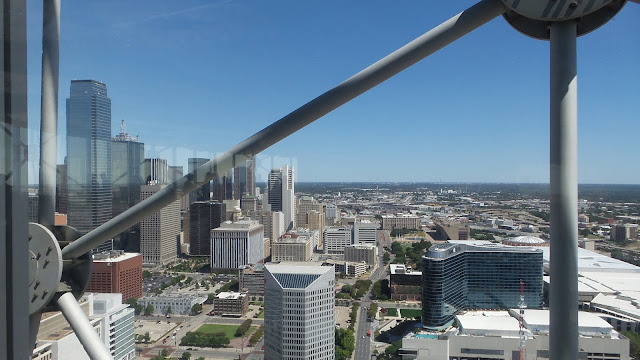 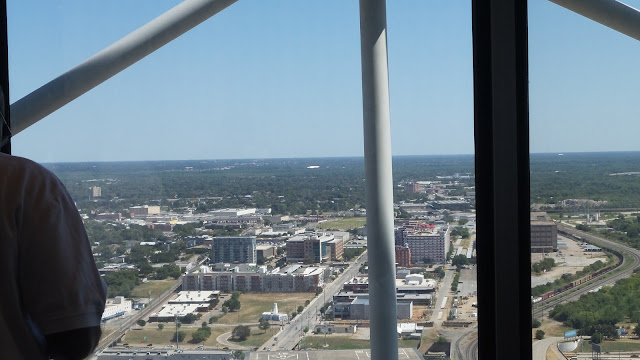 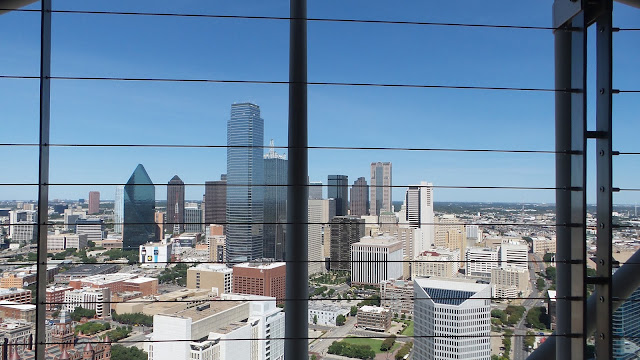