A husband, father, brother and friend with the weight of the world on his shoulders (in his opinion). FENCES tells the story of a former Negro-league baseball player (Troy Maxson) and the characters that love and support him despite his faults and mistakes. Troy tries to give life lessons through stories, but sometimes he falls a little short. At the end of the day, he loves his family and they love and him.

You can never go wrong with the cast of characters assembled for this film. Everyone from Denzel Washington (Troy – Perfection) to Viola Davis (Rose – Phenomenal) to Mykelti Williamson (Gabe– Wow,just Wow!) and everyone in between. I recognized all of the actors from other projects and was absolutely impressed with them and how they brought life to their characters to help tell the story. There is no denying the on-screen chemistry between all of the characters.

Troy reminds me of my own father, very stern and focused, but loving just the same. He may not show his emotions the way others think he should, but he shows his love very similar to the way Troy shows love for his family. All that he wants is for his kids (and grand kids) to be better than he was and to show them that he wants to take care of them the best way he knows how. You can’t deny that is love!

This film is absolutely captivating and will draw you into the story! Take a look at the official trailer:

FENCES will be released on Blu-ray /DVD March 14, 2017. The FENCES DVD/Blu-ray Combo Pack includes over 30 minutes of bonus content that include interviews with the cast and crew (yes, even Denzel Washington and Viola Davis). The DVD/Blu-ray Combo Pack also includes a Digital HD Version of the film that can be assessed through UltraViolet ™ or iTunes, using a variety of smart devices.

Want to Win Your Own Copy of Fences (DVD /Blu-ray Combo Pack)?

You in luck, I am giving away a free copy to ONE (1) lucky winner. It is simple to enter… Just comment below with your thoughts about the movie (or from the trailer above) between now and March 25th at 11:59 PM CST, when a winner will be randomly. Please be sure to include your name and email so that you can be contacted if you are the winner. Open to the US residents only.

a Rafflecopter giveaway
“This is a sponsored post on behalf of Review Wire Media for Paramount Pictures. I received information to facilitate my review as well as a promotional item to thank me for my participation.” 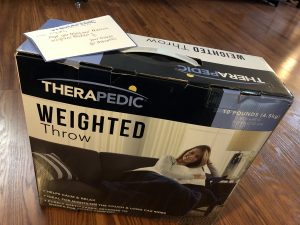